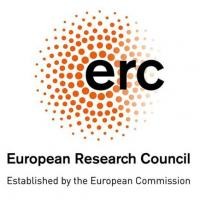 Mabar: The emergence of Modern Hebrew as a case-study of linguistic discontinuity

The project studies a particular type of linguistic discontinuity –  language revival – of which there exists so far a single successful example, the revival of Hebrew. Despite various efforts world-wide, there has not so far been a single additional success of language revival. Understanding the Hebrew example will hopefully provide theoretical foundation and professional insights for the promotion of additional revival attempts.

Hebrew presents a unique phenomenon of a language which for generations was only used for literary purposes (mostly liturgical, scholarly, and legal literature) becoming a language spoken again for everyday use. Though the dramatic historical circumstances of this revival have been described, the linguistic process itself is not yet understood. The present project is an attempt to systematically study the linguistic aspect of the process.

We intend to document the development of the grammar of Modern Hebrew, in particular its syntax, something which has not been done systematically before. One product of the project will be a linguistic application for the documentation and annotation of the novel syntactic constructions of Modern Hebrew, their sources in previous stages of Hebrew and in the languages with which Modern Hebrew was in contact at the time of the revival, and the development of these constructions since the beginning of the revival until present time. The linguistic application will be made available on the web for other linguists to use and to contribute to.